On 26/01/2011, at headquarters 215 Lach Tray, Hai Phong, Vietnam Ocean Shipping Joint Stock Company South (VOSCO) has organized a "Meet the Press on the occasion of Xuan Tan Mao". The meeting was attended by chief representatives of press agencies at central and local representative bodies newspapers in Hai Phong.

At the meeting, Mr. Bui Viet Hoai - General Director VOSCO announced the results of the Company's business in 2010 and plan, plan, 2011. Although 2010 is still a very difficult year for the shipping industry, but the company has tried its best to fulfill the targets set by the plan in 2010 in which the total revenue of 2887 billion, exceeding 19% of the plan and up 38% compared to 2009; Profit before tax reached 133 billion, up 24% compared to the plan and 208% compared to 2009. Expected dividends 50% higher than the Annual General Meeting of Shareholders allocation plan.

Represented journalists confirmed the interest, support agencies and newspapers for production and business activities of VOSCO - the leading shipping company in Vietnam and is a big business in the local Hai Phong city to contribute significantly to the socio-economic development of the city for many years. At the same time, journalists appreciate the results achieved in 2010 of the company in the context of difficult market and are confident that the business plan 2011 of VOSCO will succeed as expected .

On this occasion, VOSCO also thanks to the agency report, the central station and local stand side by side, support and reflect and contribute to the promotion of business activities of the company during recently. 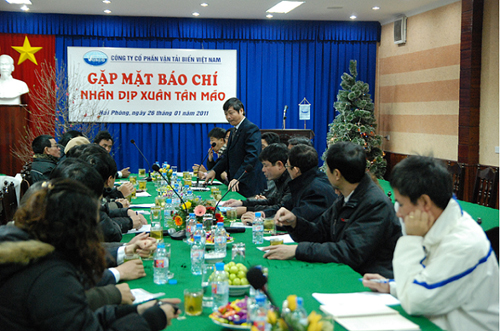 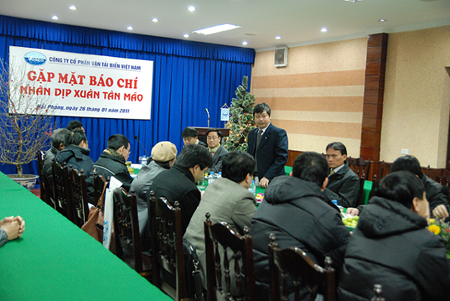