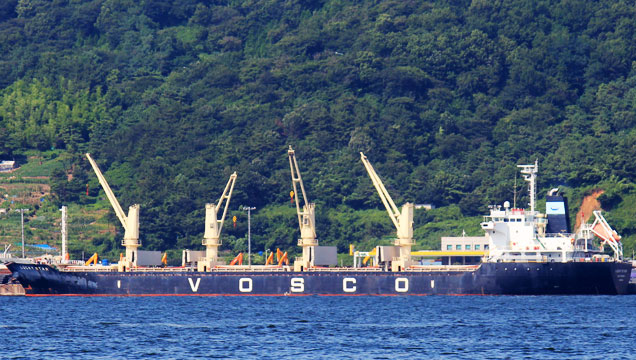 05/05/2016 / admin / 8,500
An explosion on board a South Korean-registered tanker has killed one person and injured five others

The incident on board the 2008-built, Heung-A Shipping managed, 12,389 dwt ‘Heung-A Pioneer’ occurred during her voyage along the Tanjung Dawai coast, Malacca Strait, Malaysia, near Kedah.

The explosion was preceded by a fire, which broke out in the middle of the ship’s deck. The deceased has been identified as a Myanmar national.

Penang Port received the ship’s distress call and informed the relevant authorities, including the fire and rescue department and the police station.  Paramedics were deployed to the scene, but one seafarer died immediately after the explosion.

“The captain of the ship revealed that the fire started from the middle of the ship’s deck which in turn caused the explosion,” a local official from Penang Port said.

Acting CEO of Penang Port, Rosihan Adi Baharuddin, said: “As soon as we received the call, we alerted the relevant authorities, namely the fire and rescue department, the Seberang Jaya Hospital, the Butterworth Police Station and the Civil Defence Department (JPAM) to assemble and be on standby to await the arrival of the ship which was still about 45 minutes away.”

Rosihan said the cause of the fire is being investigated by the authorities and there were no disruptions on the port’s operations.